How Bremerhaven aims to become a hydrogen pioneer

Bremerhaven is familiar with pioneering work. When it comes to offshore wind energy, for example, Bremerhaven has developed comprehensive expertise and is home to internationally renowned research institutes. Directing this expertise towards research into new energy sources makes perfect sense.
Hydrogen is an ideal, environmentally friendly and climate-neutral alternative to fossil fuels, and it can be produced using wind power. One of the goals of Bremerhaven’s H2BX initiative is to raise awareness of fuel cells as an alternative to heavy and limited-capacity batteries in electric vehicles.

Using expertise in renewable energy for the next steps

Claas Schott’s response to the usual question about hydrogen and safety has almost become a reflex. “No, hydrogen is no more dangerous than petrol or natural gas, even if everybody immediately thinks of the burning Hindenburg Zeppelin whenever hydrogen is mentioned.” And nor is transporting the gas a problem: “Lorries carrying gas bottles or gas tanks have long been a common sight on our roads.” There is a good reason why Schott provides answers to this type of question before they are even asked – he wants to cut to the chase. Hydrogen is a climate-neutral and environmentally friendly energy source that is easy to produce and does not use up any natural resources.

Schott is the chairman of the H2BX – Wasserstoff für die Region Bremerhaven e.V. initiative. Three years after it was founded, the initiative’s work is already bearing fruit. Two companies are set to use a hydrogen-powered lorry in their businesses, and a shipyard and a shipping company are currently working on plans for a fuel-cell-powered pleasure boat. In autumn, Bremerhaven’s first hydrogen filling station is set to open following assurances to H2BX from companies and individuals that they will soon be purchasing over 40 hydrogen-powered vehicles in total. Considering that the Federal Motor Transport Authority’s records list around 400 hydrogen-powered vehicles across Germany, that would represent an impressive 10 per cent of all registrations.

The 46-year-old engineer’s dedication to hydrogen and fuel-cell technology is rooted in his professional background. Before joining the technology laboratory of Bremerhaven’s University of Applied Sciences, Schott worked in the offshore wind energy sector in Bremerhaven and Cuxhaven, where his responsibilities included the planning and approval of large wind farms in the German Bight.

Despite the German government putting the brakes on expanding this form of climate-friendly power generation, Schott firmly believes that offshore wind power is vital to decarbonising the economy and to protecting the climate. In addition to the reliable and low-emission supply of electricity, the use of wind energy also offers a decisive advantage for hydrogen production. “Electricity generated through wind power is perfect for producing hydrogen as a fuel,” Schott explains. 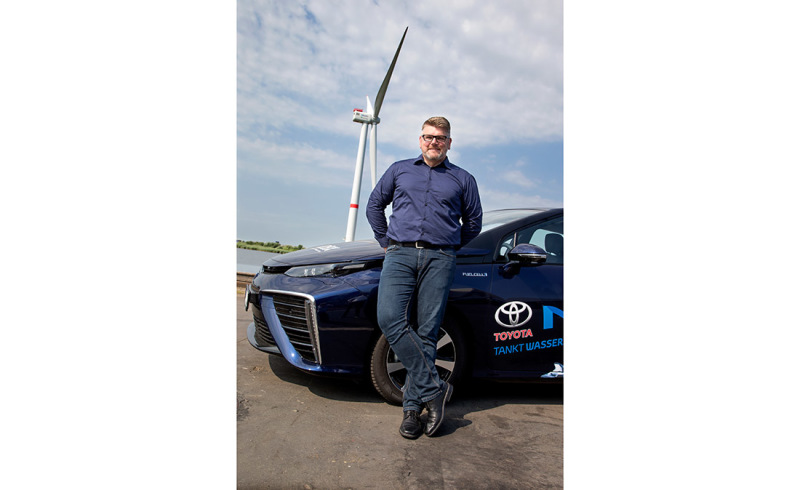 Hydrogen production is an obstacle

“As we all learnt at school, you can easily split water into hydrogen and oxygen using electrolysis,” Schott says. What can be done in school with simple batteries is not much more complicated on a large scale, but so far the high costs have been prohibitive. For decades, ‘grey’ hydrogen has been produced industrially from methane, but it is not particularly eco-friendly as it generates carbon emissions.

But that is set to change. In the future, ‘green’ hydrogen will be generated through electrolysis using renewable energy. “The technology needed for electrolysis and for storing the hydrogen fits into a container and can be set up right next to a wind farm. It could even be placed inside the towers of the large offshore farms,” Schott says. Hydrogen is already used as a process gas or energy source in many areas of industry, and all major heating manufacturers have brought fuel cells to market that generate heat and electricity for household use.

‘Green’ hydrogen is the perfect alternative to fossil fuels

“Hydrogen produced using wind energy is the perfect alternative to fossil fuels, which we must replace as quickly as possible to protect the climate. But we need to raise awareness of this,” Schott says. Having discussed this topic with friends and colleagues for years, he decided to establish the H2BX initiative three years ago, and immediately met with huge interest from Bremerhaven’s business and research communities.

Companies in the transport, logistics, offshore and port industries and in the food industry – a sector in which Bremerhaven is traditionally strong – as well as organisations such as Bremerhaven University of Applied Sciences, Klimahaus® Bremerhaven 8° Ost, the regional development agency for Bremerhaven and the local authority of Geestland, have all joined H2BX. The name H2BX brings together the past and the future of the city. H2 is the chemical symbol for a hydrogen molecule, while the registration code of all fishing boats registered in Bremerhaven begins with the letters BX. “I believe that hydrogen has a similarly large potential as the fishing industry, which sustained Bremerhaven’s economy for decades,” says Schott.

Specific projects involving a lorry and a pleasure boat

This potential is already on show in specific projects. A well-known refrigerated logistics company, for example, has joined the initiative with a clear motivation. “The company consumes hundreds of thousands of litres of diesel per year in its trucks and wants to significantly reduce its impact on the environment and climate,” Schott explains. This company is working with a leading frozen food manufacturer on a project to convert a lorry, which regularly runs between Bremerhaven and Hannover, to fuel-cell technology. 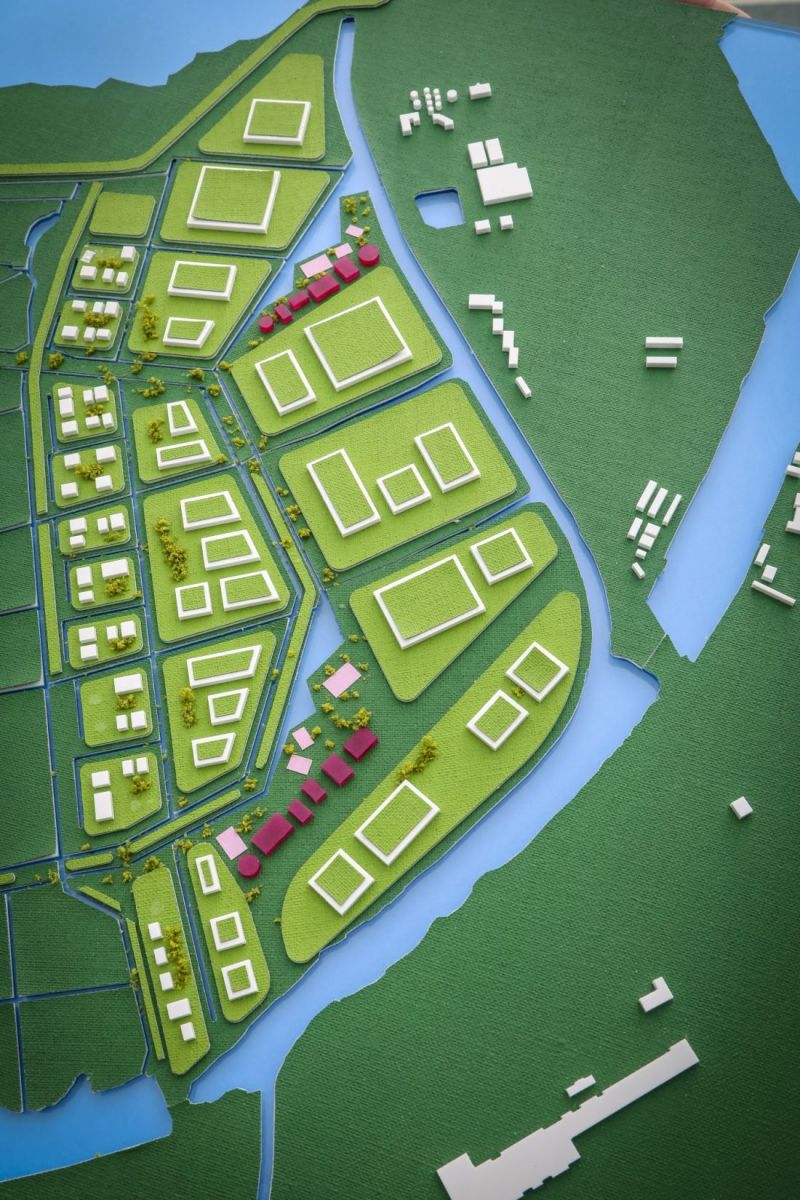 Another project is the construction of a pleasure boat whose predecessor was once used for trips on the river Geeste through the idyllic north German marshlands. Hydrogen and a fuel cell will replace the conventional diesel engine on this project too. “Fuel cells, which combine hydrogen and oxygen to release electrical energy, are a familiar and proven technology. But we need to gather more practical experience if we are to promote their use,” Schott says. Related initiatives have been run in the past, including in Hamburg. “We are not looking at hydrogen solely in Bremerhaven: we want to create a network of the various initiatives across northern Germany,” Schott adds.

A new business park dedicated to the green economy

Bremerhaven has already created a solid basis for the future commercial use of hydrogen with the construction of a business park dedicated to the green economy next to the fishing harbour. It is targeted at start-ups in the field of environmental and climate protection and companies such as fuel cell manufacturers. The power used by the companies is green, of course, supplied by a prototype eight-megawatt wind turbine right next door. “I think there would be enough space to fit in a hydrogen production plant too,” says Schott.

The Elbe-Weser region’s first hydrogen filling station is set to open in Bremerhaven in autumn. This is another success story for the H2BX initiative. Before making the investment, the operator had to get binding commitments from more than 15 companies and individuals that they would start using a hydrogen-powered vehicle in the near future. “We had the all the necessary assurances together after just four weeks. Like wind power, hydrogen has now become firmly established in Bremerhaven,” says a delighted Schott.

Bremerhaven’s pioneering initiative is also receiving support at a wider level, with the five north German states agreeing on a joint hydrogen strategy for the first time in summer 2019. Its goal is to establish a hydrogen economy in the north to make the most of the proximity to sustainable energy providers, i.e. the wind farms. The strategy paper’s ambition is to convince sectors of industry which currently rely on fossil fuels, such as steel production, to switch to hydrogen. The paper proposes initial steps for establishing a hydrogen economy by 2025 and a concerted effort to expand renewable energies. Schott and his colleagues at H2BX are confident that Bremerhaven will play a leading role in this. 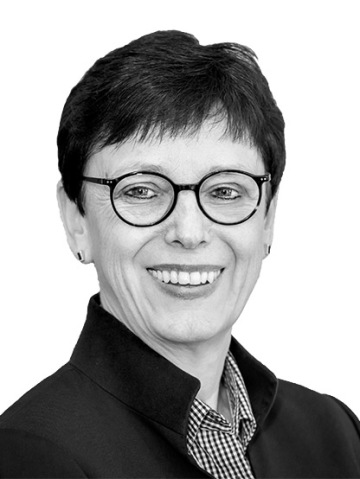