Photo gallery: eleven models made at the Mercedes-Benz plant in Bremen

Cars manufactured by Daimler in Bremen

The Mercedes plant in Bremen has 1.5 million square metres of factory space © Daimler

11 Mercedes-Benz models proudly carry the seal 'Made in Bremen'. Vehicles bearing the brand's iconic three-pointed star have been produced at the Mercedes-Benz plant in Sebaldsbrück, Bremen, since 1978. 12,500 employees ensure that over 400,000 vehicles roll off the assembly line each year here.

These are impressive numbers – figures that show how the beating heart of Bremen's industry is driven by the car. Some models are sporty and dynamic, others graceful and refined. And there's plenty in between. Examples of long-running classics include the SL and SLC roadsters, more than a million of which have rolled off the assembly line in Bremen over the years. The Bremen plant also happens to be the leading plant for the worldwide production of C-Class vehicles – all sites producing C-Class cars are managed, monitored and optimised from here.

To ensure that everything runs smoothly, the plant is serviced by a total of 1,000 suppliers, with a thousand lorries delivering their products to the premises each day. Many of these suppliers have based themselves in Bremen to get as close to the Mercedes-Benz plant as they can. The Bremen Hansalinie Industrial Estate, located near to the plant, further serves this purpose. It is undergoing continual expansion in the face of increasing demand, in part owing to its prime location just off the A1 autobahn.

Our photo gallery showcases the cars that have been produced in Bremen with the support of a vast workforce and extensive supplier network.

Bremen's no. 1 model – the Mercedes-Benz C-Class 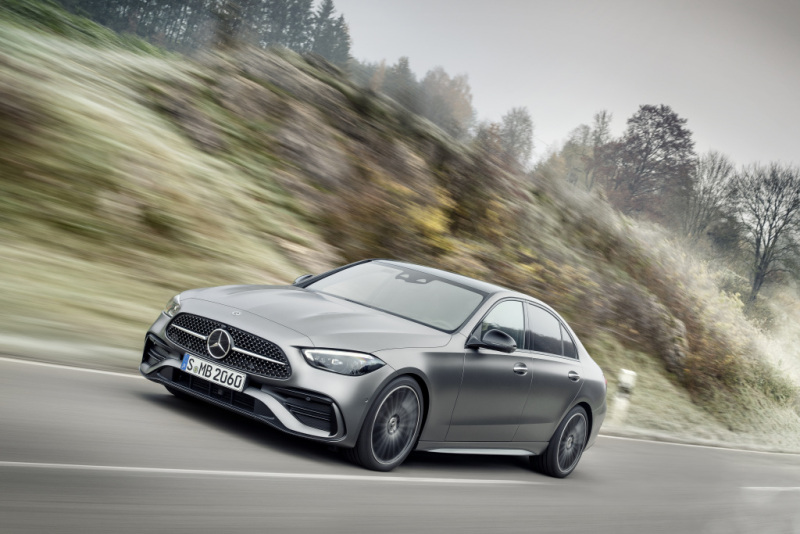 A bestseller produced in Bremen: the C-Class saloon © Daimler

Established as a successor to the 'Baby-Benz', the C-Class has been produced since 1993. It is the biggest-selling Mercedes-Benz model series. The fourth and latest generation of the C-Class went into production in 2014 and is available in many configurations.

Plenty of room to boot – the C-Class estate 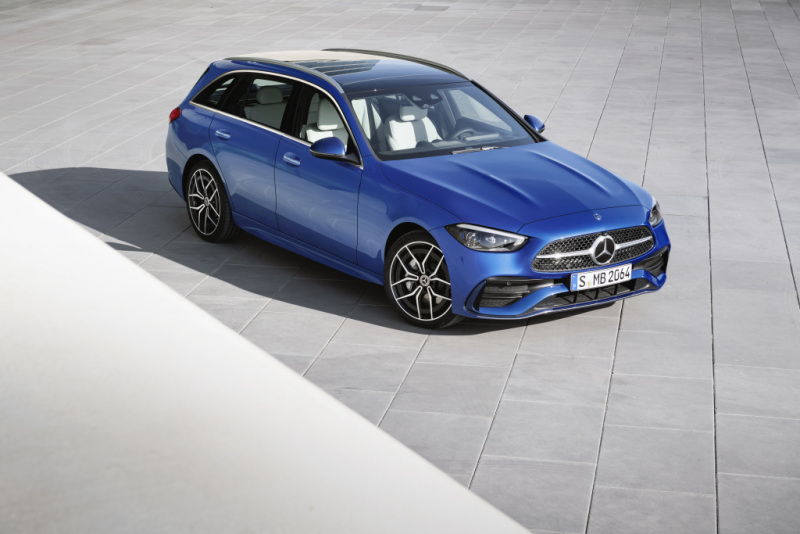 When it comes to having plenty of room, the C-Class estate dominates the field. And Germans do love their estate cars, which are just ahead of SUVs as the country's most popular type of vehicle. It's not just families who value the C-Class estate as an extremely roomy vehicle – an abundance of space is always useful, whether you're transporting tools, groceries, animals or skiing equipment. The latest generation has been manufactured exclusively in Bremen since 2014, so if you're driving a C-Class estate, you can be sure of one thing – you've got your hands on a high-class, quality product made in Bremen. The most popular variant is the C220 diesel – often the first choice for company car buyers.

The C-Class coupé is the sportiest model in the C-Class family. The two-door model is available in a wide range of engine specifications, right up to the AMG versions that take performance to new heights. Maximum comfort and convenience is ensured through incorporation of the latest technology, such as braking and steering assists.

The fourth member of the pack – the C-Class cabriolet

Bringing the skies along for a ride: the Cabrio © Daimler

The cabriolet completes the quartet of C-Class models made in Bremen. It's not only the newest addition to the class, but it's also the first ever C-Class convertible. Production of the cabriolet began in June 2016. Click here to find out more about the convertibles that are manufactured in Bremen, which come with a variety of features – including, of course, a built-in sky!

Putting the 'E' in elegance – the E-Class coupé

An upper mid-range option for sports car enthusiasts: shown here is the latest version of the E-Class coupé, which will be available from March 2017 © Daimler

The E-Class coupé rolls off the assembly line in Bremen alongside the C-Class cabriolet, C-Class coupé and E-Class cabriolet. It is packed with state-of-the art technology: in place of analogue instruments, for example, the dashboard features up to three flat screen monitors. These give the driver control over a diverse range of vehicle management systems, such as automatic collision prevention, parking assistance, braking assistance, and even a concierge service.

Bremen's other convertible – the E-Class cabriolet 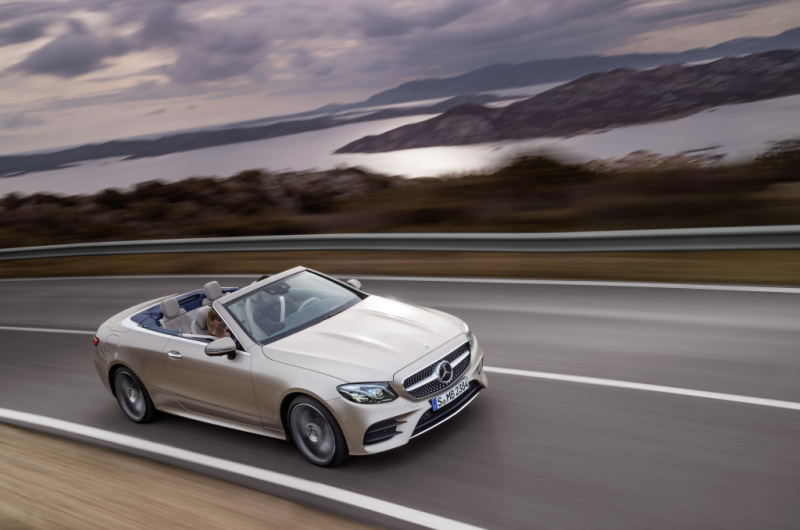 Elegance under the open sky: the E-Class Cabrio © Daimler

The car manufacturing process at the Daimler plant is supported by 1,500 robots, which also produce parts for the E-Class cabriolet. Just like any other model, the cabriolet can be made to order in thousands of different variations, all of which come off the same assembly line. This is made possible by an intelligent production system, which visitors can see for themselves on one of the many factory tours.

Going off-road in style – the GLC The SUV is now one of the most popular vehicle types around, particularly in international markets, and sales show no sign of slowing. Exports to the important Chinese market increased by 44 per cent in 2016. The GLC is the Daimler group's mid-range SUV option, combining the qualities of an off-road vehicle with a spacious interior. It shares a platform with C-Class models, which means that some important parts and components are used in both classes. The connection is also explained by the shared production site, as both vehicle ranges are produced in Bremen.

The latest offshoot in the portfolio – the GLC coupé Already a hit on the assembly line: the GLC coupé © Daimler

The GLC coupé is the tenth and most recent model produced in Bremen. It is a sportier version of the GLC and boasts a distinctive curved rear. Even during the assembly process, it serves as a symbol of innovation: in the factory, a new system has been used for the first time that allows employees to remain seated in an ergonomically optimal position while kitting out the vehicle interior. This reduces back strain, avoiding the risk of occupational injury.

Sports cars made in Bremen – The SLC... 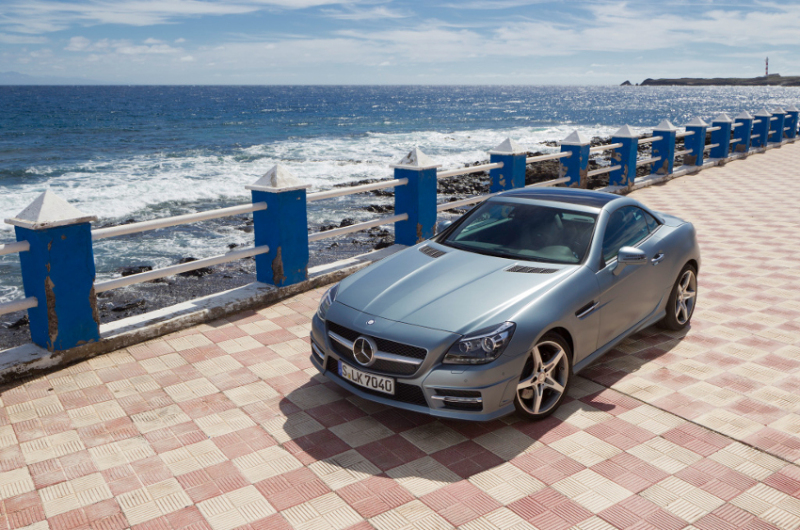 A sports car for everyone: the SLC © Daimler

Bremen is the place where dreams come true – it is here that Mercedes-Benz sends its two sports car models, the SL and the SLC, out into the field. The two-seater roadsters are both made on the same production line. The smaller SLC celebrated its twenty-year anniversary in 2016, back when it was still known as the 'SLK'. By the time it turned 20, it had sold more than 670,000 units.

The SLC's big brother, the SL, has a much longer history to look back on. Back in 1954, the legendary 300 SL caused a sensation with its performance capabilities. Today, the SL is still a dream car for many, and one that can easily keep pace with other vehicles of its calibre, yielding up to 455 horsepower in its standard configuration or even 630 hp in its AMG version.

Powering up with EQC 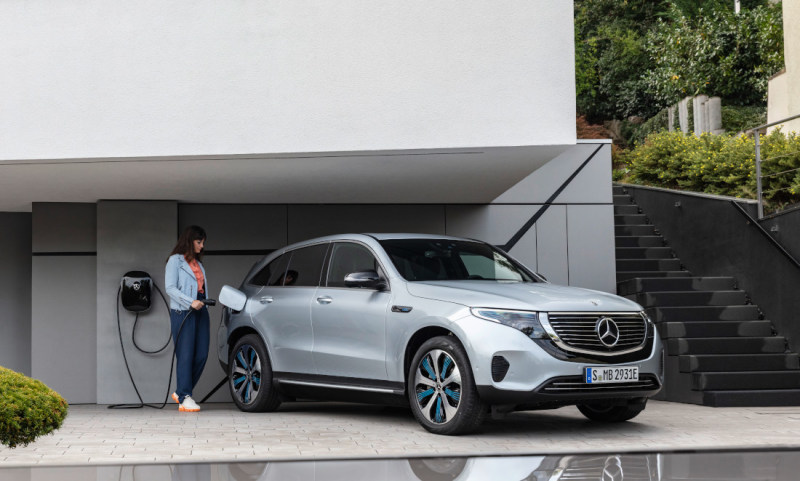 In 40 minutes from ten to eighty percent - a new era of driving begins. © Daimler

The EQC is Daimler's first mass-produced electric vehicle and heralds a new era in the Daimler Group. With two electric motors and 80 KWh battery power, it has a range of up to 450 kilometers. With the launch of the electric vehicle, the Bremen plant is demonstrating its special flexibility: it is not only the 11th model to roll off the assembly line here, but also one with a completely new drivetrain.

Bremen is an important centre for the automotive business and automotive research. For more information, please visit the Automotive section of our website.