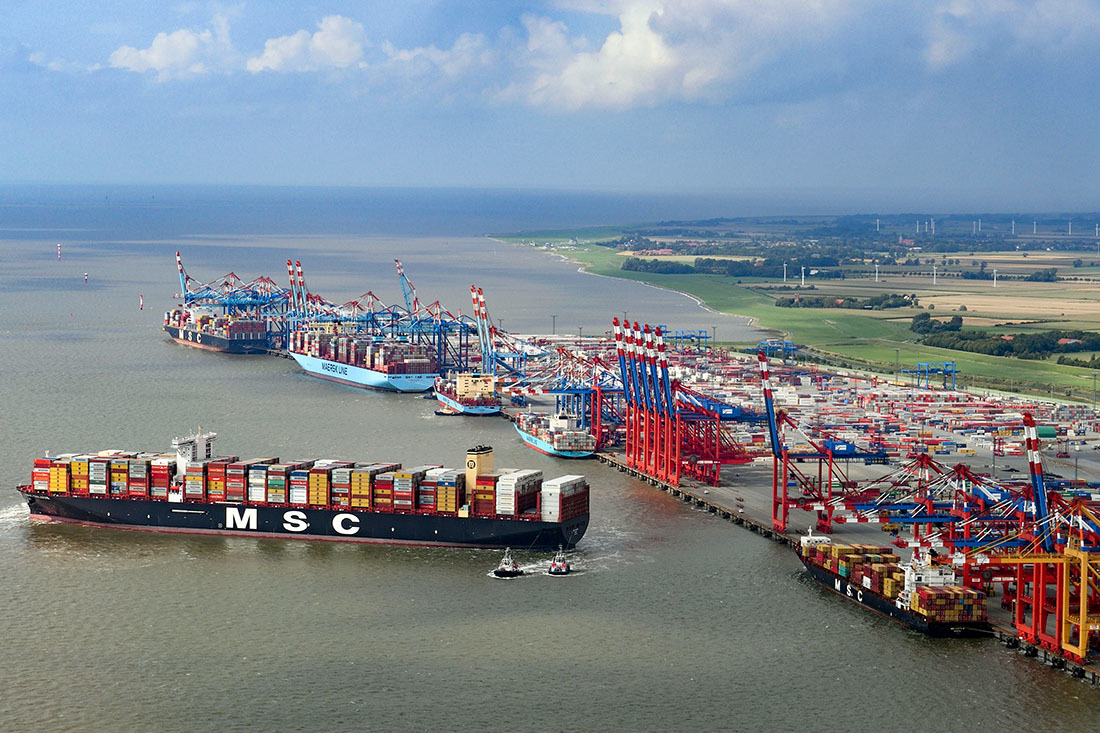 Shipping companies form the backbone of global logistics. Many of them are based at the long-established german ports of Bremen and Bremerhaven or operate a branch here.

In Germany, around 2,000 merchant vessels are in service with 295 shipping companies. The majority (80 percent) of the fleets consist of fewer than ten ships, and the industry is dominated by small and medium-sized companies. The German merchant fleet occupies 6th place in the world rankings, even though the number of ships has been declining for years. With its long maritime heritage, the state of Bremen is also home to a large number of shipping companies. Shipowners were already setting sail for the North and Baltic Seas from the Hanseatic city as far back as the Middle Ages. Many of today’s shipping companies are members of the Bremer Rhederverein (Bremen Shipowners' Association), which represents the interests of the industry. According to the German Shipowners' Association, 20 shipping companies with 114 ships are based in Bremen.

Shipping companies either operate their own ships or charter (hire) ships in order to manage them – in other words, to supply them with equipment and personnel, maintain them, and send them across the world’s oceans and rivers. In most cases, a shipping company is not responsible for handling the cargo on the ships, but can also take charge of this. 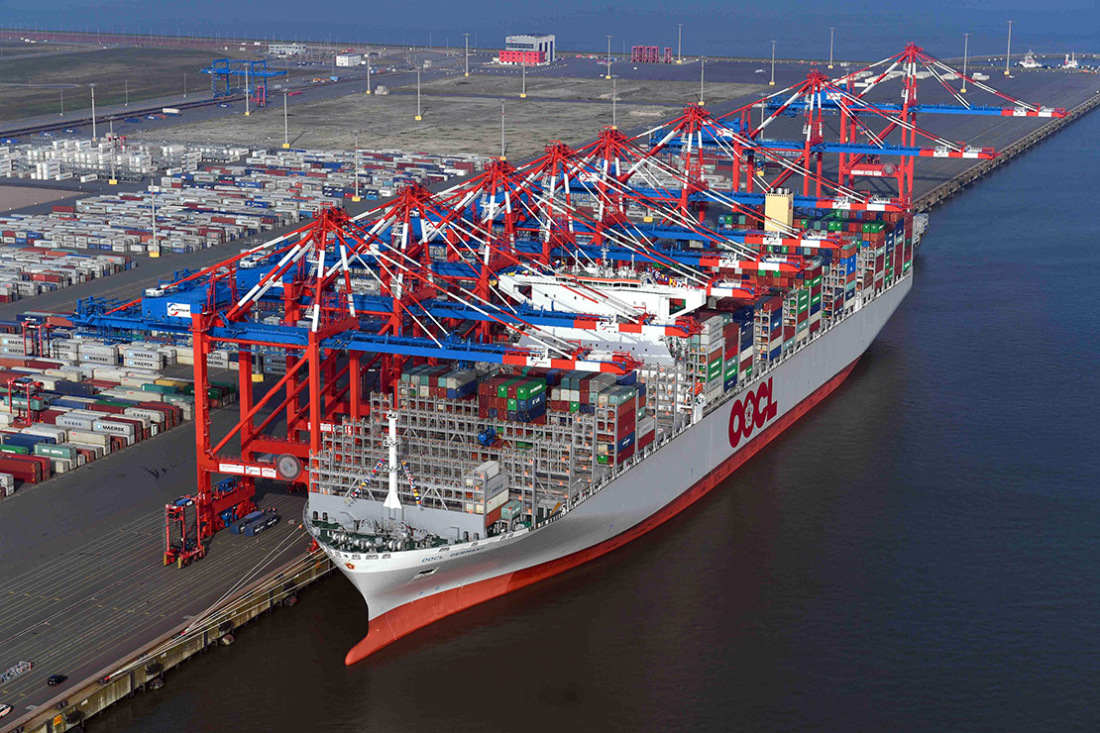 The OOCL shipping company from Hong Kong also has a Bremen branch. Here is the OOCL Germany with a length of 400 metres © bremenports GmbH & Co. KG 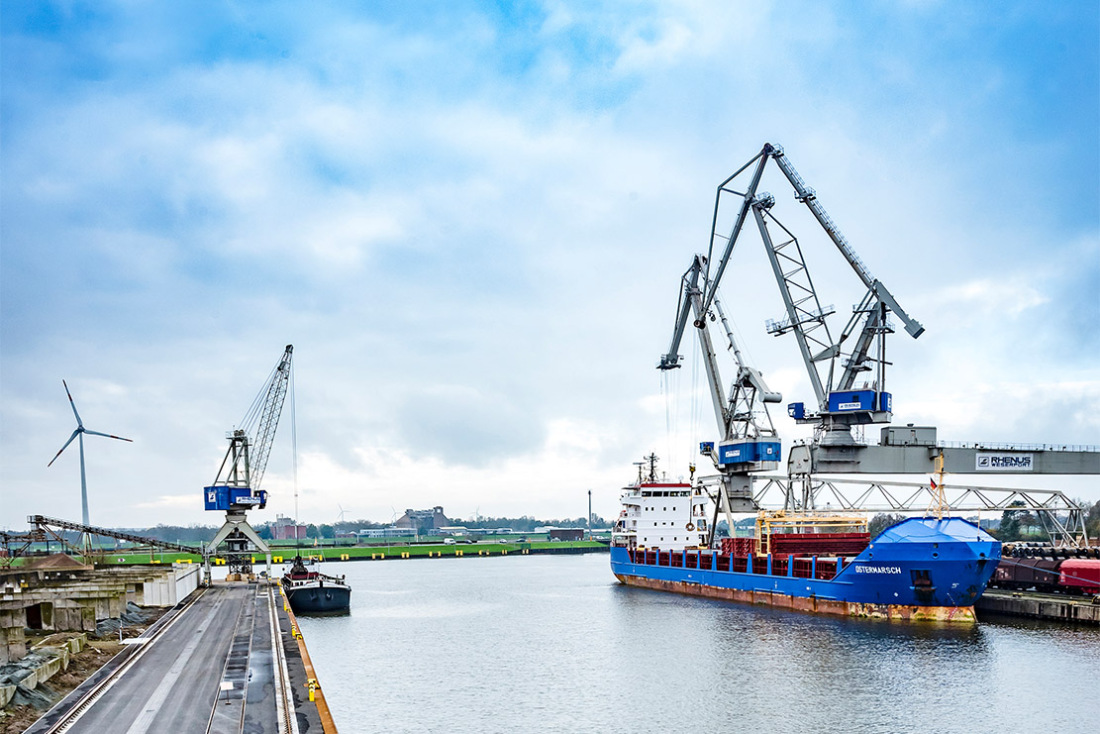 As part of the global supply chain, Bremerhaven’s ports are regular destinations for the largest container giants. These are mostly operated by international groups that have opened branches in the state of Bremen to handle business locally. The groups include: 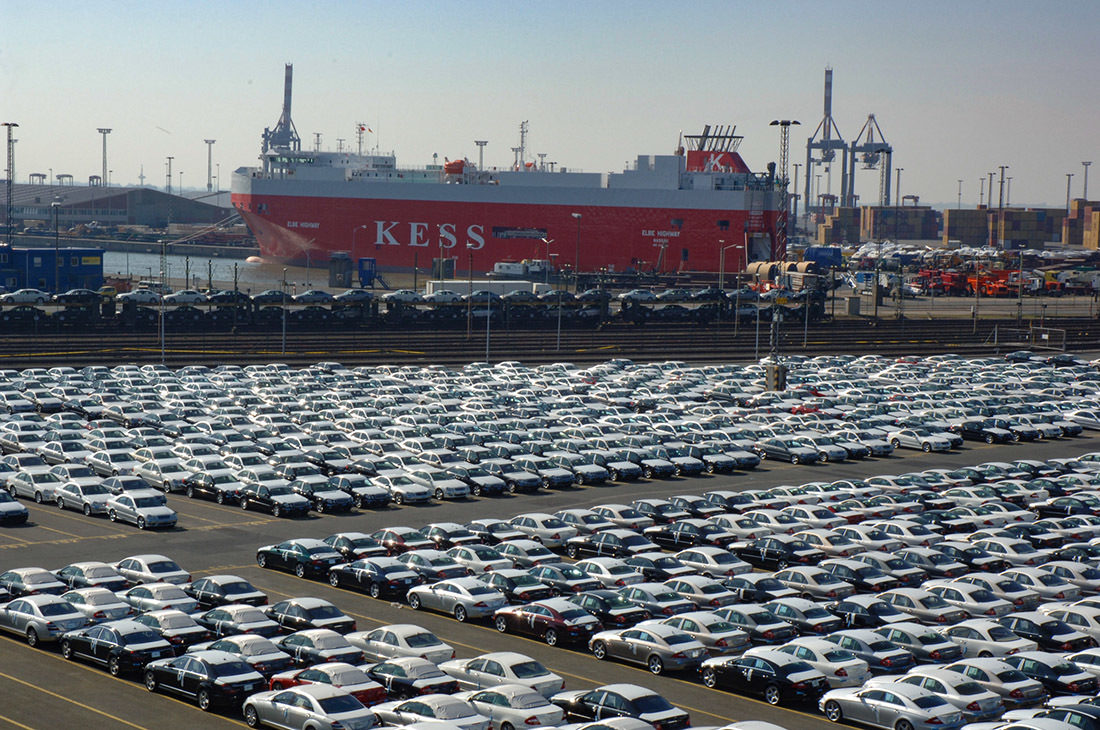 Success stories
Where is Bremen the Number 1?

Robot football, exports, fish fingers and sundials – here are nine examples where Bremen is often at the top of the podium.

The federal state of Bremen is home to approximately 676,000 people on 420 square kilometres. Almost 22,000 companies provide more than 336,000 jobs. We present the strong sectors of Bremen as a business location.

What is the best place for a European high-tech expansion? Berlin? Paris? London? The Turkish robot producer Searover has chosen Bremen. Because there's something here that the megacities can't compete with. Welcome to Bremen - Bremen'e hoşgeldiniz!

Trade and industry are Bremen's economic heavyweights. This is an infographic of the sectors, revenues and products involved.

Classic cars are collectors' pieces and investments. Anyone who wants one can call on the services of Michael Esin: his company, LPL Automotive, sources classic cars all over the world and brings them to his customers' preferred locations, via the Bremerhaven container terminal.

Learn more
Investing in Bremen
"For us to be sustainable tomorrow, we need to build sustainably today!"

Corona has triggered a boom in demand, but facilities are facing changing requirements and questions of sustainability at the same time. What are the developments currently facing the logistics properties sector?