How do you decommission an offshore wind turbine? 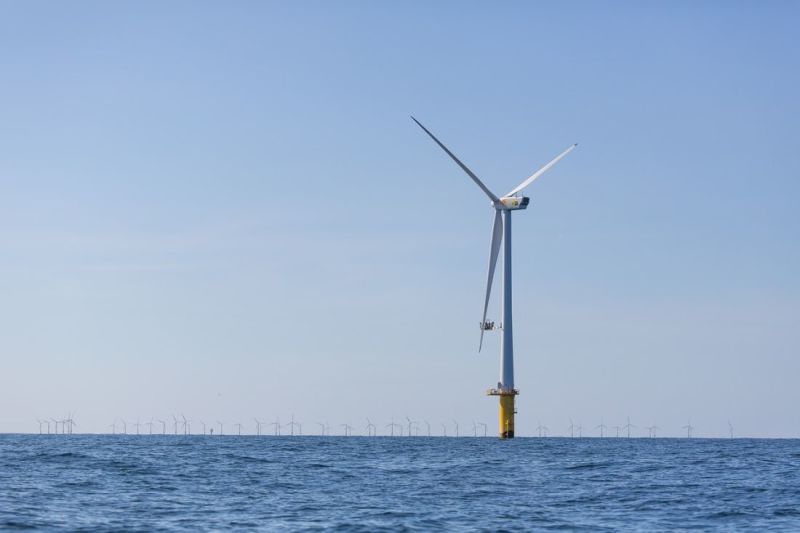 From 2030, many wind turbines out at sea will be coming to the end of their useful life and will need to be decommissioned

Recycling onshore wind turbines is a big enough challenge, but decommissioning those located offshore is to a large extent still uncharted territory. Two research projects in Bremen are currently working on optimising the recycling of wind turbines at sea.

Alpha ventus is the name of Germany’s first offshore wind farm, which has been feeding power into the grid since 2010. About 45 kilometres off the island of Borkum there are twelve turbines which, if everything goes according to plan, will reach the end of their 20 to 25-year lifespan sometime between 2030 and 2035. This will make them the first of around 1,500 wind turbines in German waters that will need to be decommissioned.

So far, there is no procedure for dismantling these and other turbines; the sector is still relatively new and no standardised decommissioning processes have been developed yet. However, the massive expansion of offshore wind power in recent years, both in Germany and worldwide, will create an equally large demand for decommissioning capacity in the near future and with it a need for suitable processes.

To date, only a few wind turbines have been dismantled at sea. “There will be a need to decommission 123 turbines by 2023, and from then on there will be a sharp increase in numbers. By 2030, for example, it will be 1,000 turbines,” says Mirko Kruse, junior researcher at the Hamburg Institute of International Economics (HWWI) in Bremen. The HWWI is a partner on the pan-European Decom Tools project, which is conducting research into the decommissioning of offshore wind turbines.

“Our neighbours in Denmark started to rely on offshore a few years earlier than we did, so demand for decommissioning in that country is expected to rise considerably by 2030,” he adds, explaining the sharp increase over the next ten years. Experience of decommissioning offshore turbines is still limited: seven were decommissioned in Sweden in 2018, eleven in Denmark in 2017, and individual turbines have been taken down in the Netherlands, Sweden, England, Portugal and Germany. The aim of the four-year Decom Tools research project is to bring together the experience gained so far, review methods and develop new decommissioning solutions.

“In addition to collating knowledge, we want to play our part in bringing disposal costs down by up to 20 per cent and thus in reducing the carbon footprint of the dismantling process by a quarter,” says Kruse. 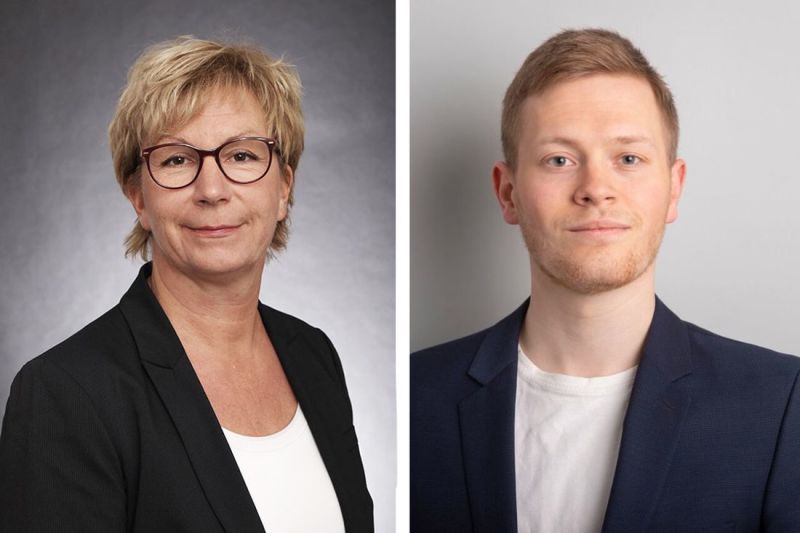 The SeeOff project led by the Bremen University of Applied Sciences is also conducting research into efficient decommissioning of offshore wind farms. The aim of the joint project is to develop a handbook for the industry that provides possible decommissioning strategies. “We are looking at the financial and environmental impact while taking into account aspects such as community buy-in and the health and safety of the workforce,” says Professor Silke Eckardt of the Bremen University of Applied Sciences, and the project’s coordinator and manager.

Bremen’s University of Applied Sciences is joined by an illustrious group of project partners, including energy companies such as Vattenfall and EnBW, wind power service providers such as Deutsche Windtechnik, waste disposal experts such as Bremer Nehlsen GmbH, the German Offshore Wind Energy Foundation and power grid operators such as TenneT. “This allows us to draw on a wealth of knowledge and data to simulate models and create decommissioning scenarios,” says Eckardt, who is the vice-dean of the faculty of architecture, construction and the environment.

Both projects have to contend with very similar problems, as decommissioning offshore wind turbines is in many respects uncharted territory. What is the best way to dismantle a wind turbine at sea? Simply in reverse order to the way it was constructed? Or some other way? These are some of the questions that Kruse is asking himself on the Decom Tools project. What about the concrete foundations on the ocean floor? Can they remain in situ or should they be removed too?

There is a decommissioning obligation for each and every wind turbine at sea, which is enshrined in the German Offshore Wind Energy Act and the permits issued by the Federal Maritime and Hydrographic Agency (BSH). But what about cables lying beneath the ocean floor? What about the scour protection for the foundations? After a few years, it will have been colonised by mussels and used by other species as a place to feed and find refuge. Should it be removed or left in situ?

“These types of questions arise in many areas of the process chain,” says Professor Eckardt. “Take the port, for example: Are existing areas suitable for decommissioning, or do we need new infrastructure, new premises or new permits to store and process the dismantled components locally?”

Certain turbine parts can present a problem during the recycling process. The steel towers, for example, are coated in special weatherproof paint. This can contain hazardous substances, which is an important piece of information for the wrecking crews. But only few manufacturers allow the researchers to get a close look into their processes, citing trade secrets as the reason. “Then there are manufacturers that no longer exist; former pioneers of the offshore industry that have disappeared over the years. And with them all the documentation,” says Kruse, highlighting one of the challenges that the Decom Tools project faces. The SeeOff project is also investigating health and safety issues. “We want to be able to assess the risks in advance and offer recommendations for action,” says Professor Eckardt.

The decommissioning volume will rise sharply from 2030 at the latest, not least because old wind farms will be replaced by newer, more profitable turbines. This is one of the reasons why it is important that both projects start accumulating and analysing data now. To achieve this, SeeOff is receiving €1.1 million in funding, and Decom Tools €4.7 million. While the former has primarily brought German project partners on board, the latter is a joint project involving a total of 13 European partners from the North Sea region. 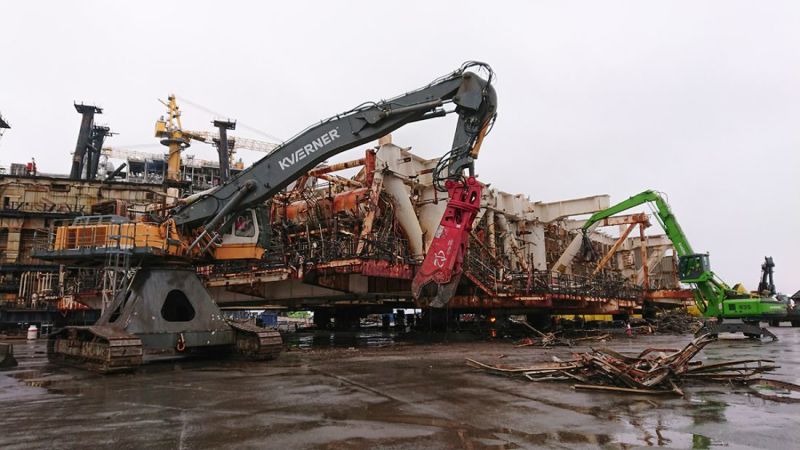 Ports and businesses such as Kvaerner, a Norwegian company previously specialising in oil platforms, are preparing for the offshore recycling market. Photo: Western Norway University of Applied Sciences (HVL)

A business model for demolishing and recycling offshore wind turbines

Both projects are looking closely at the financial aspects of offshore decommissioning. When the number of old turbines starts picking up, decommissioning will become a profitable business for specialised firms and sites.

“We need good decommissioning solutions if we are to be financially and environmentally efficient, and therefore sustainable,” Eckardt says. The cost of decommissioning a wind turbine is between 2 per cent and 10 per cent of the initial investment, depending on the type of turbine and where it is installed, and this needs to be taken into consideration. One goal of the SeeOff project is therefore to provide wind farm operators with possible decommissioning scenarios, which they can use to decide how to proceed. The research team led by Eckardt relies on methods such as multiple-criteria decision analysis, which allows various criteria to be included in the decision-making process.

One beneficiary of these analyses could be Bremen, and especially Bremerhaven. It is the perfect location for decommissioning services, as its port facilities specialise in the transshipment of wind turbines, and local companies already have experience of erecting them. This is one of the reasons why the waste disposal company Nehlsen is part of the SeeOff project. Its subsidiary, Neocomp GmbH, is already using innovative methods to recycle the fibre composite found in rotor blades. The port operator bremenports is also involved on the project committee. “This is a major opportunity for Bremen and Bremerhaven, as the skills of the local industry are in demand,” says Eckardt.
Mirko Kruse of the Decom Tools sister project agrees. “It is a bit of a gamble on the future, of course, but the disposal of offshore wind turbines will become a niche sector from which Bremen could benefit,” he says.

But others are already jostling for position, including the Danish port of Grenaa, home to one of Europe’s largest shipping scrapyards, and the Norwegian company Kvaerner, which builds, takes down and dismantles oil platforms at several locations in Norway and wants to transfer this expertise to wind power.

Kruse has already completed some important work on the Decom Tools project – the HWWI’s task in the transnational consortium is to produce a number of analyses, of which the first one, a market analysis, is already available to companies in the recycling sector. At the end of the research project in two years’ time, many more findings will have been added that shed new light on the disposal of wind turbines. The 28-year-old is already making a prediction: “The disposal costs are very likely to be higher than estimated, so manufacturers and operators will need to review their profitability calculations accordingly.”