A breath of wind at 360 kilometres an hour: a unique wind tunnel helps to optimise rotor blades for wind turbines 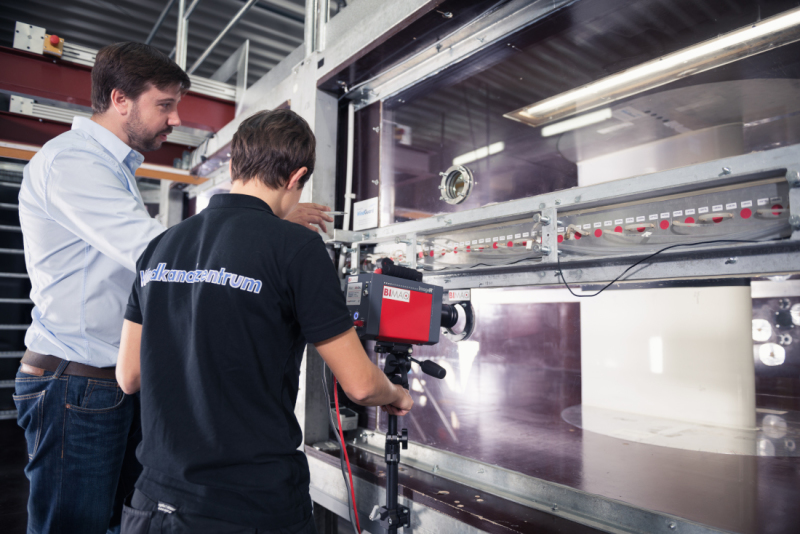 A whispering gale: A company in Bremerhaven is conducting research into the optimum shape and surface characteristics of wind turbine rotor blades using a large but very quiet wind tunnel. Deutsche WindGuard GmbH works for all the leading manufacturers.

Nicholas Balaresque has a turbulent job. All around his workplace, the air is moving at up to 360 kilometres per hour. The 38-year-old is in charge of a large wind tunnel in Bremerhaven that is unique in Europe. It belongs to Deutsche WindGuard GmbH, and it helps the wind power industry to optimise the shape and surface characteristics of its rotor blades. The results of the tests carried out by Balaresque, a qualified engineer, form an important basis for the utilisation of wind energy. Turbine manufacturers from across Europe make use of these services. “Specialisation has enabled us to develop our highly sought-after expertise,” says Nicholas Balaresque.

Ten years since the move to Bremerhaven

Considering its importance to the industry, the WindGuard building looks rather modest in between the large logistics centres on the outskirts of the Bremerhaven container terminal. The only feature of note is the windowless extension, which is about four times the size of the research institute’s office wing. Right next to it stands a two megawatt wind turbine. This is the reason why Deutsche WindGuard, which is actually headquartered in Varel in Lower Saxony, set up in Bremerhaven ten years ago.

Back then the company was looking for a location for a highly specialised, very quiet, large wind tunnel for the aerodynamic and acoustic optimisation of rotor blades. The existing wind tunnel centre in Varel was not able to accommodate this. “We wanted to run the new wind tunnel with electricity generated by a wind turbine,” Balaresque remembers. “The conditions in Bremerhaven were ideal. 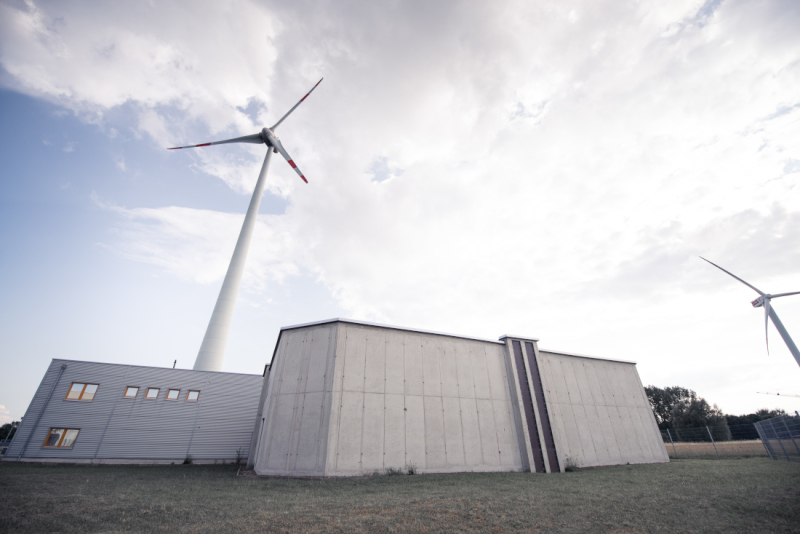 A masterpiece of technical engineering

Ever since, Bremerhaven has been home to a research facility that is unique in Europe. The wind tunnel is a masterpiece of technical engineering. Six ventilators, each producing 160 bhp, accelerate the air within a tall, enclosed shaft that runs around the outside of the windowless extension for 120 metres. Initially the air moves through the tunnel at about 30 kilometres an hour. At each corner of the building the air is routed through special sound absorbers, before flowing through a system of perforated filters and honeycomb structures that smooth out any turbulence.

Not even a soft whisper to be heard

Before it hits the rotor blade segment to be tested, the air is accelerated up to 360 kilometres per hour, using a nozzle measuring 1.25 metres in height and 2.7 metres in width at its exit point. Despite the high speed, there is not so much as a soft whisper to be heard. And with good reason. The wind tunnel produces not only aerodynamic but also acoustic measurements. “The noise generated by wind turbines is an important factor in the acceptance of wind farms,” says Nicholas Balaresque. 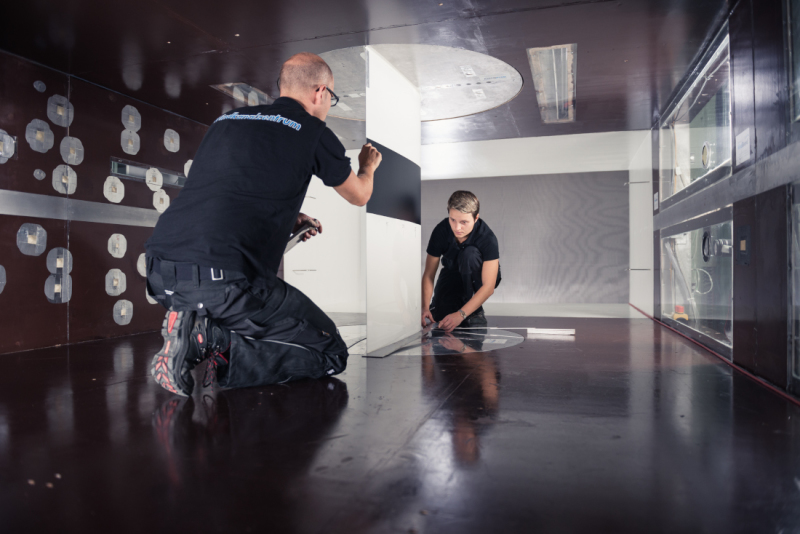 The experts only need segments of the original parts for testing – thanks to the wind tunnel’s highly accurate sensors. © Urs Siedentorp for Deutsche WindGuard GmbH

A total of 80 highly sensitive microphones are installed in the walls and the ceiling of the measuring chamber. “The more microphones, the better the resolution of the results. That means the easier it is to distinguish between the sound of the test piece and the background noise of the wind tunnel,” explains the wind tunnel chief. Two high-speed thermographic cameras produce information in addition to the acoustic measurements. They show at which points the rotor blade causes turbulence in the smooth air stream. “Acoustic sources on the rotor blade profiles can be located precisely, and their generation can be analysed.”

Wind turbines are getting larger and more powerful

A group of microphones installed just under four years ago allow acoustic measurements to be taken at wind speeds of up to 100 metres per second. The background for adding this facility is that wind turbines are getting larger and more powerful. “We were reacting to the trend of ever greater blade tip speeds. And we are well positioned for the future,” Balaresque states.

How does dirt affect surfaces?

But analysing the acoustic behaviour of rotor blades is only part of the range of services offered by the Bremerhaven research facility. Using a variety of sensor systems, Balaresque and his colleagues Rainer Kuhlemann and Janick Suhr can determine whether the air flow around the blade is optimal, and what effect dirt can have on a surface, for example. Perfect aerodynamics are important in achieving the highest possible level of efficiency.

Improved modern rotor blade profiles can increase the performance and energy yield of wind turbines by a double-digit percentage. “If you multiply that by the lifespan of a wind turbine of 20 years and more, then it has a major impact on the operating profit,” Balaresque says. Even a speck of bird droppings on the surface of a rotor blade could lead to energy-draining turbulence, and that is just one obvious example. “Above all, this is about the basic shape of the blade and the characteristics of the blade surface and how those change over the years, for instance through weather or environmental influences.”

Compared to the dimensions of the rotor blades, which can be up to 90 metres long, the testing room at the large wind tunnel, which has a cross sectional area of between five and eleven square metres, seems relatively small. “We cannot match the dimensions of the wind tunnels used by the automotive industry, and we don’t need to either, as our requirements are very different,” says Balaresque. And the wind researchers aren’t examining entire rotor blades anyway. Due to the many highly accurate sensors, the experts can make do with segments of the original components, or with models of entire turbines. “The figures that we end up with allow us to calculate the behaviour of the entire component,” the engineer explains.

The Bremerhaven-based experts certainly seem to have made a name for themselves within the industry with their technology and their mathematical skills. “We work for virtually every manufacturer of wind turbines,” Balaresque says.