Bremen boasts a thriving automotive industry thanks to its extensive network 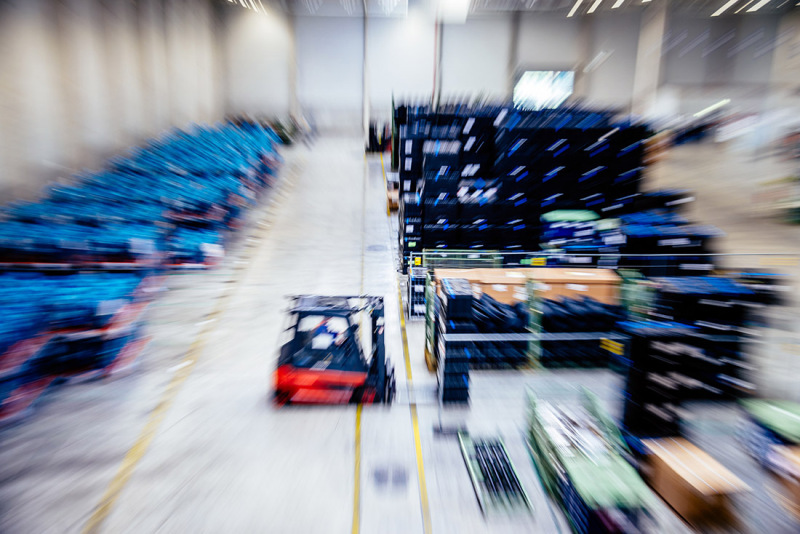 Everything comes together in the BLG warehouses © Bremeninvest /Jonas Ginter

Bremen is an important location for automotive suppliers. On the one hand, because of the Bremen Mercedes Benz plant, but also thanks to its proximity to the ports of northern Germany, which are one of the most important automotive hubs in Europe, both for import and export business.

Many of these suppliers have based themselves in close proximity to the automotive giant, with more than 700 located within a 200 kilometre radius. In Bremen itself there are over 40 companies specialising in vehicle components, parts logistics, automotive engineering and plant engineering. Together they employ more than 4,000 people.

Impressive figures that attest to Bremen's standing as an automotive city. The suppliers are integral to all stages of the production process – from steelworks and logistics right through to electronic systems. The majority have opened facilities in Bremen Hansalinie Industrial Estate, close to the Mercedes-Benz plant. Our article on the industrial park explains how this set-up runs so smoothly.

The following overview demonstrates the wide range of companies and technologies that make up Bremen's automotive supply chain.

This logistics giant is one of the world's biggest service providers in the automotive logistics sector, as evidenced by the AutoTerminal in Bremerhaven – Europe's biggest car park. BLG Logistics Group also undertakes important tasks for the Mercedes-Benz plant, such as the distribution of car parts in the factory. The company oversees goods coming in and out of the plant, and organises the repacking and storage of parts as well as the production processes (sequence planning). It also operates several huge storage facilities in Bremen – in logistics depots near the Cargo Distribution Center and in halls at Neustadt harbour.

If a part in your car moves or lights up, then it probably came from Hella. The company's Bremen plant, which employs more than 500 staff, produces actuators, wash systems, engine pumps and switches. Bremen is also Hella's flagship plant for sensors.

The Lear Corporation is one of the biggest automotive suppliers in the world. The American company acquired a plant in Bremen in 1997, from which it produces car seat units and seating systems for Mercedes-Benz on a just-in-time basis. The company has more than 1,200 staff working in close proximity to the Mercedes plant.

Valeo is among the largest automotive suppliers in the world. The company has been active in Bremen since 2014. On an area of 10,000 square meters, the company produces so-called front-end modules, which serve as mounting structures for technical systems and add-on parts.

KUKA is a leading manufacturer of automotive robotics, which are now indispensable in the industry. Inside the company's assembly and test centre in Bremen, it designs and manufactures robots for use in the factories of major vehicle manufacturers and automotive suppliers. There is a particular focus in Bremen on components such as drive trains, engines, cylinder heads, axles, transmissions and steering mechanisms.

DRÄXLMAIER produces instrument panels, on-board power supply systems and integral electric and electronic components for premium car manufacturers all over the world. In November 2016 the company opened its new logistics facility in Bremen Hansalinie Industrial Estate, having outgrown a smaller site with insufficient capacity for their just-in-time and just-in-sequence processes.

Wagon Automotive hails from Nagold in Baden-Württemberg, south-west Germany, but since early 2017 the supplier has been producing mudguards, doors and boot lids from its new 10,000 square metre facility in Bremen. Bremeninvest was integral to the company's arrival in Bremen, as one of Wagon's managing partners Thomas Eisseler explained to a local newspaper in the Black Forest: "The close collaboration between the city council and the regional development agency made our decisions much easier and helped us greatly with this strategically important project in Bremen."

This Bremen-based steelworks also plays an important role in the city's car industry. With an annual production volume of 3 million tonnes, the plant is one of Bremen's biggest employers. Some of the steel produced here is used by local automotive suppliers to manufacture components.

In more than 100,000m² of warehouse space at its Hansalinie site, LOREL Logistik GmbH gathers together components from over 200 parts manufacturers from around the world. The parts are then prepared for delivery to the assembly line on a just-in-time basis. The company is far more than an interim storage facility. In its supplier logistics centre, it oversees stock deliveries and splits them into new sets ready to be used straight away on the production line. This ensures the assembly line never stops. 400 LOREL employees work in up to three shifts every day.

The automotive supplier Linde + Wiemann, which has been active in Bremen's Hansalinie since 2019, comes from Dillenburg in the German state of Hessen. The globally positioned company manufactures various chassis components in its plants. These include sills, A- and B-pillars, front-end modules, components for seats, the interior or the chassis.

To see the finished products, take a look at our photo gallery featuring ten models made at the Mercedes-Benz plant in Bremen.

Investing in Bremen
"For us to be sustainable tomorrow, we need to build sustainably today!"

The right location for a business depends on many factors - infrastructure, location, but also labor supply and quality of life. Bremen convinces companies from Germany and abroad with numerous location factors.

Bremen is expanding. Several construction projects will reshape the city centre. The 2018 Bremen property market report – an overview of office, logistics and retail properties, and of investment market trends – confirms that the city is an attractive location for investors and developers.

Find your match
Automotive Industries
Is this the office of the future?